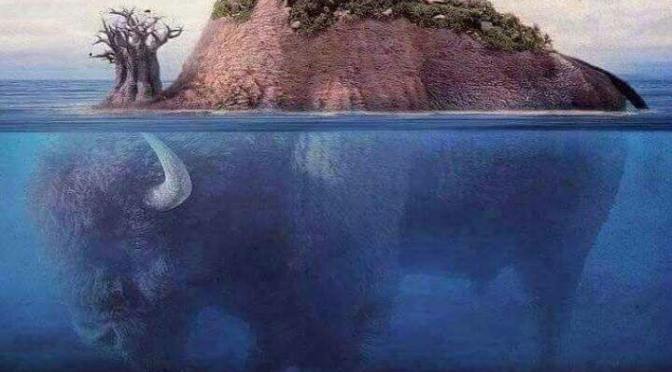 One Mans Journey at #standingrock.

There were three actions, one was an action at the “Bridge,” another at “Turtle Island” & “a drill,” in case the camp was invaded.

The private security force, military & police were divided, there was only a small force at Turtle Island. The intent there was to put a sm…all bridge across so people can cross the river, to pray in this sacred place. The military & police lacking the numbers at this sacred place, that looked like a large turtle, were threatening to use live ammo! It was authorized by the governor to do so, so it was their call. When I heard this, I knew that is where I was needed the most. Fully intending to be a shield, to protect the others, I was ready to die that day.

I jumped into a car with others heading in that direction, just barely holding on as we road over the bumps & took the curves. They could only go so far, when I and a couple others jumped off the car, to cross the river at a low point by foot, as a short cut. I ran down the road leaving the other two behind, they were not dressed in black, & as ready to take the bullets. To be honest, my dress code was lacking, I had blue jeans on that day, however, my spirit was ready.

When I got to Turtle Island, I quickly moved to the shoreline in front of everyone else. My dragon was pumped, my mind was on fire with adrenaline, & my ego burst into flames, & was blown away like dust in the wind! I was void of self & filled with intent! There were maybe ten Black Snake defenders pointing their guns at a hundred or more of us, when I unzipped my jacket exposing my chest, as to make an easy target, as I said the only words I can remember, saying; “Shoot me, kill me, release my spirit and thousands more will come.” After those simple words, the “Great Spirit,” took over. The words were direct, meaningful & even shown loving concern. There was absolutely no fear in the words, or my voice & heart. The words were of concern for the children of those pointing their guns, for even their lives & the future, for our Mother Earth & all life on earth, the children were a focal point, the words were pointed but not hateful, meant to get them to think about who they were really working for, which was not the people & not for justice, and definitely not for life on earth.

The Great Spirit’s words spoke of how beautiful the first nation people were & that the 500 years of genocide needs to end, the Great Spirit spoke of concern for the 18,000,000 people whose water supply was endangered. These words that the Great Spirit spoke through me, were from heart to heart, and it appeared to have moved them. As my body was ready, & my mind visualized the bullets entering me, they pointed their guns to the ground, they stood down, to my surprise I did not die that day. Less than a moment passed, when two or three of them got in a car and drove off.

Coincidence perhaps, however the power of prayer, & the “Great Spirit,” I personally felt was the reason for why this possible deadly action did not take place. Everyone there, were inspired and moved by the words of the Great Spirit, & my show of no fear.

Please Check out my Fairy Garden Page. I make custom made Fairy Gardens!
%d bloggers like this: