The motives behind this decision were various: aside from a genuine belief in the righteousness of the Zionist cause, held by Lloyd George among others, Britain’s leaders hoped that a formal declaration in favor of Zionism would help gain Jewish support for the Allies in neutral countries, in the United States and especially in Russia, where the powerfully anti-Semitic czarist government had just been overthrown with the help of Russia’s significant Jewish population.

LEAD HORSE  says  “After WWII started the U.S. was not in the war. That’s when Rothschild 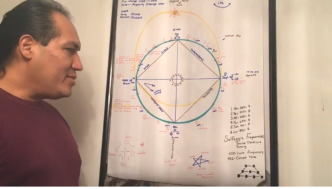 secured a deal with the Britain’s to have the U.S involved. Rothschild was manipulating the wars with control and balance of weaponry and other needed items. Rothschild focus was to gain and control Palestine and Israel. “

END_OF_DOCUMENT_TOKEN_TO_BE_REPLACED

John Doe is how he will processed at Fort Yates. Legally he does not have to give him their name as he has NOT committed a crime and was arrested on land under Treaty Laws! Please help this spiritual Leader with funding for legal and bail . Please PM Angelo  and let

My dear friend and Spiritual Leader “John Doe “was arrested March 1,2017 with the 7th generation at Sacred Stone Camp.

In the phone call by his relative. He repeatedly  asked police as he peacefully held his ground! ” on what authority do you arrest me? You have no authority to arrest me”!

Much Love to Standing with Wolves for being

committed to “No Water Protector Left Behind” Please keep supporting his groups efforts.  Withstand with Wolves Pay Pal . Follow him on FaceBook . As Water Protectors are being Evicted from the Local Casino with all rooms booked and knoskc on door. Digital Smoke Signal Video.. The Water Protectors will need your support then ever !

As we watched Steven Chrisjohn Live feed Wednesday February 1st enjoying the fire and soaking in the warriors putting up the teepees on the hill at the Last Childs Camp. “In honor of the Last Child Warrior Society, the only such society created by Crazy Horse

national guard and DAPL security. All 6 Teepees took down and several jailed including Chase Iron Eyes and Steven Chrisjohn.

END_OF_DOCUMENT_TOKEN_TO_BE_REPLACED

“I came up here to do a job I cant leave yet the Standing Rock people have asked us to clean up our mess. That’s my job now. When we got here we were told to build a sustainable economy environment. We started that we talked about farming , renewable energy to sustain these winters. It was a group effort ripped down by a few people and a few dollars and that’s a shame.” stated Jeffrey to help FUND Jeffrey Here  END_OF_DOCUMENT_TOKEN_TO_BE_REPLACED 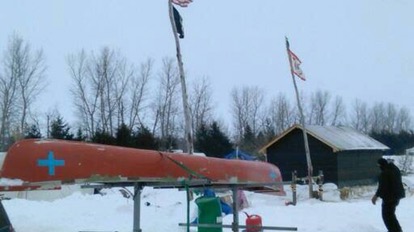 Cold Water Rescue Team Leader files theft and damage charges against the Sheriff Department at #standingrock. Lee has been at Standing Rock helping the community with a “hands on” approach and a team ready to take action to help #waterprotectors as needed. On the day before “Thanksgiving” Lee and his team watched as the Morton County Sheriff’s Department had other plans for their canoes.  Please follow Lee’s journey for Justice on FaceBook. please help fund them HERE END_OF_DOCUMENT_TOKEN_TO_BE_REPLACED

Scarlotte age 10 came from Colorado she is now a Standing Rock resident . She is learning how to update on social media . Tonight her story is on drones. Michaels full video of Scarlottes Update  HERE

“Really annoying drone over our heads right now. Scarlotte says the drone has 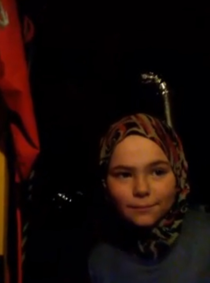 been zooming around all night and all morning along with the helicopters. Scarlotte thinks it’s great they have armor when can use it at school to. When the bully’s try to hurt us we won’t get hurt! The helicopters are flying over us and it’s suppose to be a no fly zone! “

END_OF_DOCUMENT_TOKEN_TO_BE_REPLACED 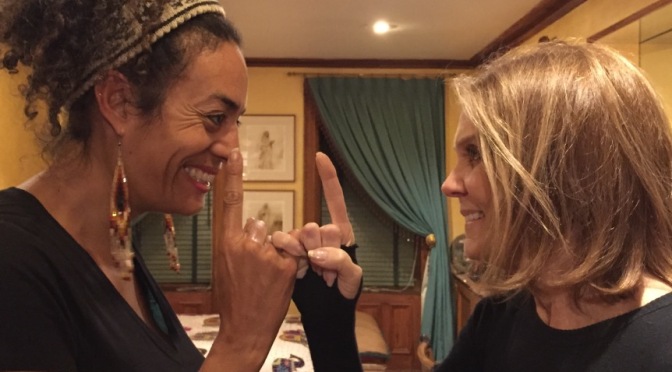 That is part of the beauty of a woman the resilience to find ways to make sure we reach all women. Gloria and Aly have found that

moment. In a recent interview with Alyson Palmer singer for BETTY Aly explained what would happen if all the women in America who believed in equality – and had been raising our daughters to believe that they were just as good, just as powerful and just as worthy as anyone – what if we all took action at the exact same time? Join 1@1 on Facebook. END_OF_DOCUMENT_TOKEN_TO_BE_REPLACED

rubber bullet previously from the police standoffs against unarmed waterprotecters  We  watched devastating moments ,hours and days of Sioux horrific story on not being able to quickly get to medical care to save her eyesight. END_OF_DOCUMENT_TOKEN_TO_BE_REPLACED

Marsy’s Law ! What is it and how does it relate to the #waterprotectors ?

Dr. Nicholas sister in 1983 was stalked and killed by her boyfriend in Santa Barbara. Dr.Nicholas pushed this law with good intent for victims against rapist, murders, and domestic violence victims. Unfortunately this law being pushed is also being used against “victims”such as the peaceful unarmed people at #StandingRock .  END_OF_DOCUMENT_TOKEN_TO_BE_REPLACED 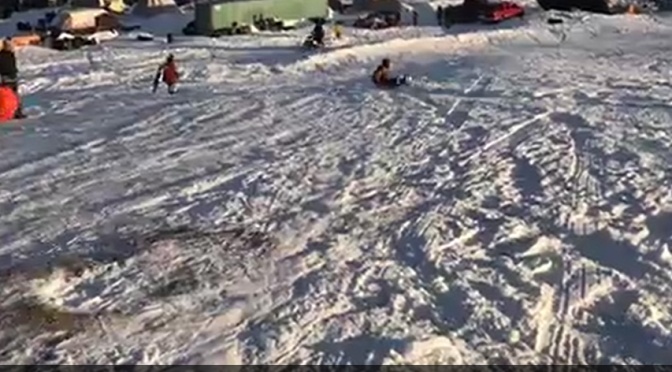 What a beautiful day at #StandingRock the children are sledding and they even get snowmobile rides back up the hill ❣If only life could be this simple ! I sure miss being by the #sacredfire and listening to the drums and enjoying such serenity in the middle of complete chaous. Full Video Here END_OF_DOCUMENT_TOKEN_TO_BE_REPLACED